Are you a high school student or a graduate seeking to follow a bachelor’s, master or doctoral degree in an EU city blending the wealth of its history with the strength of its newly built campus? Are you passionate about science, knowledge and looking for thriving student life in a city neighboring the Capital of Romania, the main international airport, the mountain splendors of Sinaia and Bucegi? You can study and enjoy a cozy and relatively inexpensive student experience in Targoviste while having full access to the latest research discoveries, state-of-the-art study programs, high-tech technologies, and modernly equipped amphitheaters, labs, seminar rooms, and student dorms. 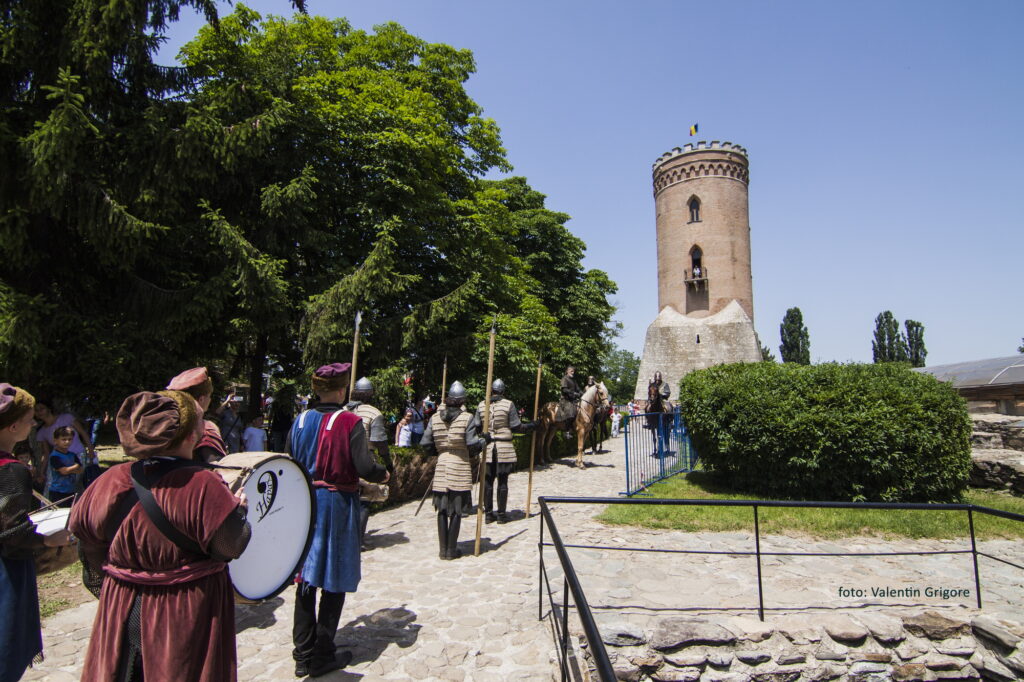 Immerse yourself into the city heritage!

Targoviste is uniquely ideal for a once-in-a-lifetime student experience, with layers of living history engendering a contemporary, comfortable, and beautiful city enhanced by the jollity and sociability of its inhabitants. Founded in the 14th century as a prosperous commercial gateway and political seat of the powerful Romanian Princes such as Vlad Dracula, who had elevated to worldwide prominence, the city prospered during its entire existence as the capital of Wallachia, the Middle Age Principality guarding the mighty Danube. Romanians, Saxons, Hungarians, Poles, Dalmatians, Bulgarians, Romas, Jews, and Ottomans all contributed to Targoviste’s spectacular multicultural and multiconfessional architecture and art, which can today be admired in the city’s numerous and diverse museums, old churches, and historical monuments. 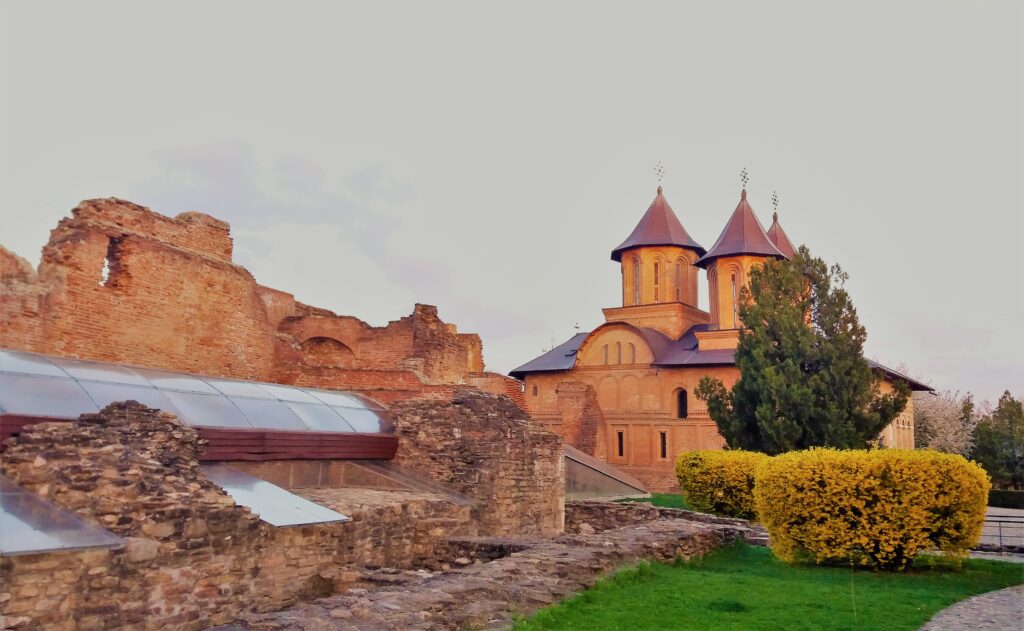 Having served as the seat of political and religious authority for half of its existence, Targoviste has retained incalculable assets that have been cherished during European Romanticism when Targoviste medieval vestiges greatly influenced the formation of Romanian national ethos. The city hosted the first printing press in Wallachia, which began in 1508 at Dealu Monastery, as well as the country’s first higher education institution, the “Schola Graeca et Latina,” which opened in 1646. 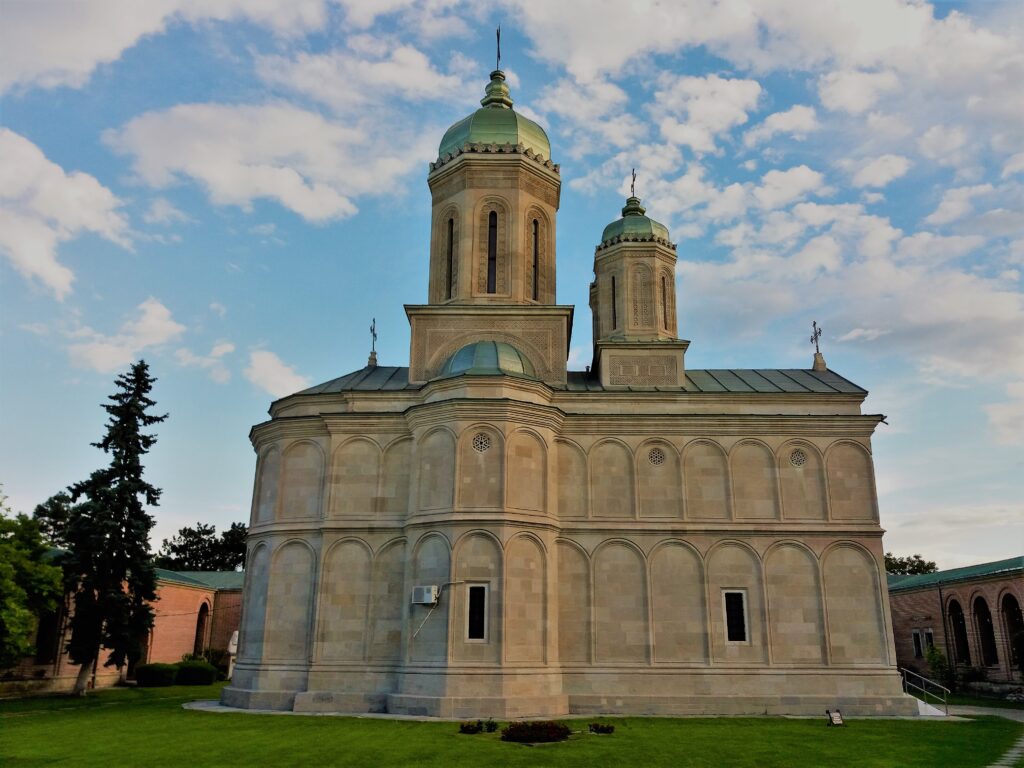 If you wish to be seduced by history, visit the Princely Court in downtown Targoviste, as well as the Middle Age churches and monasteries scattered across the city and its environs (such as Stelea, Dealu, and Nucet). 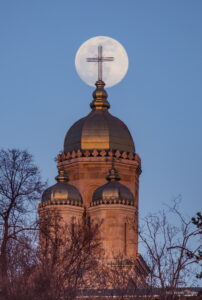 Take a stroll through the Romantic lanes of Chindia Park, which dates from the late 16th century and gives views of the magnificent Chindiei Tower, the city’s Middle Age landmark, and the city walls that converted the city into a country stronghold. 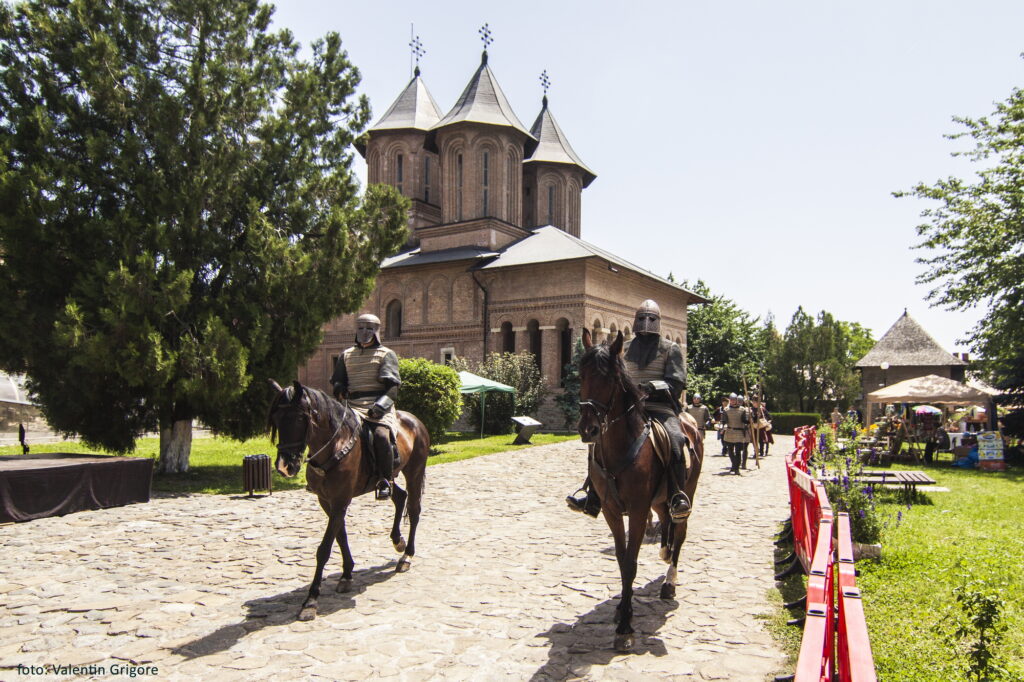 Pop celebrities such as Goran Bregovic and legendary Romanian rock bands such as Phoenix will remind you of how history can stimulate today’s culture, as well as how the East and West interacted and enhanced the city’s legacy. Never miss the Tony Bulandra Theatrical’s fantastic experience of theatre performances produced in the putative royal hall of the voievodal residence at the Princely Court. 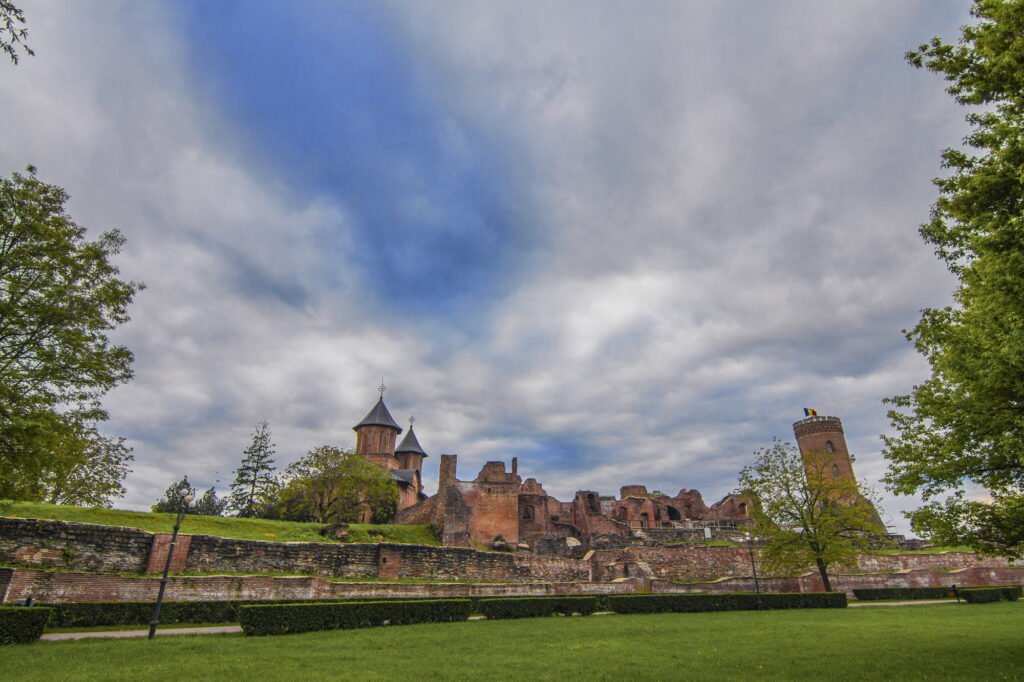 Admire the blending of a monument of ecclesial art and architecture and the relics of Wallachia’s early seat of ecclesial authority as you sit next to the ruins of the medieval metropolitan church of Wallachia at Metropolitan Park in the city center.  You may always get a taste of history by accompanying fellow professors and students on their Medieval excavations in the old city with their colleagues from the “Royal Court” National Museal Complex or at their archeological sites around the country. 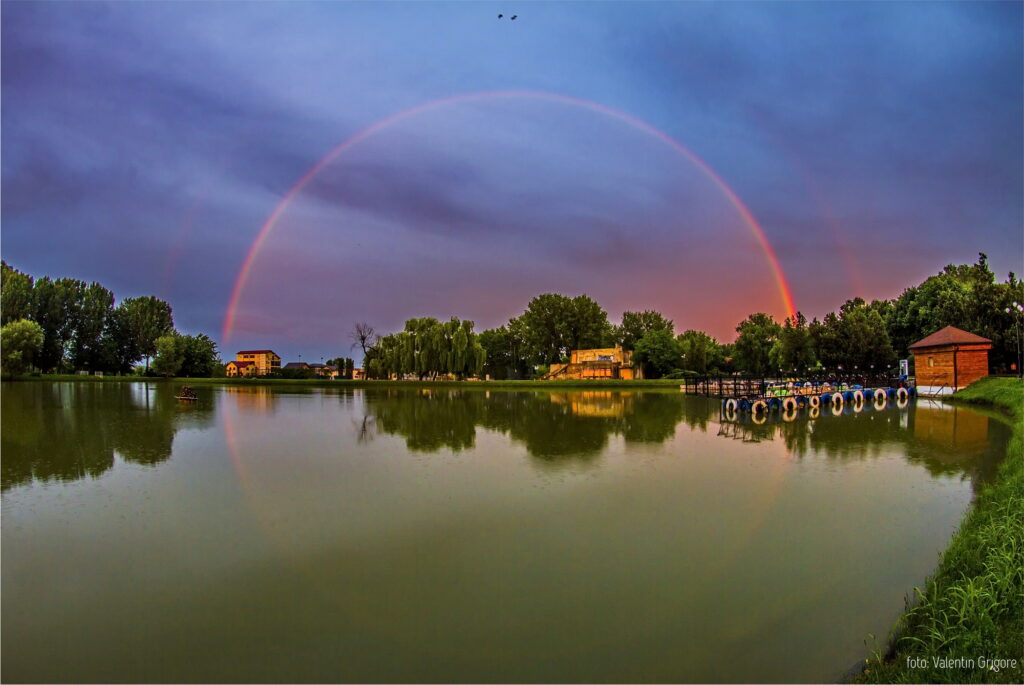 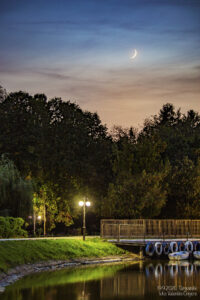 The modern city is built on the vaults of wealthy merchants, some of whom have turned their cellars into charming restaurants. Socialize in the enchanting atmosphere of Targoviste taverns in the city center. Targoviste, which had been chosen to become Romania’s capital once again in the final years of the Communist regime, ironically became the site of the Ceausescu dictatorial couple’s execution on December 25, 1989, as part of the last Stalinist trial in Central and Eastern Europe. Visit the new museum at the early twentieth-century Cavalry School, which was the scene of the Ceausescu couple’s trial and execution.

„Tony Bulandra” Theatre rightly defines itself as an „alive and kicking repertoire theatre” and „a laboratory of transforming the profane elements in sacred ones, of elevating the being above being through modern approaches of prestigious national and international directors on plays from the worldwide theatrical patrimony.” Check in at the theater for performances and premieres, and put Babelfest (International Festival of Performing Arts) on your to-do list. Babelfest brings together major artists from across the world to celebrate together via critical artistic encounters. 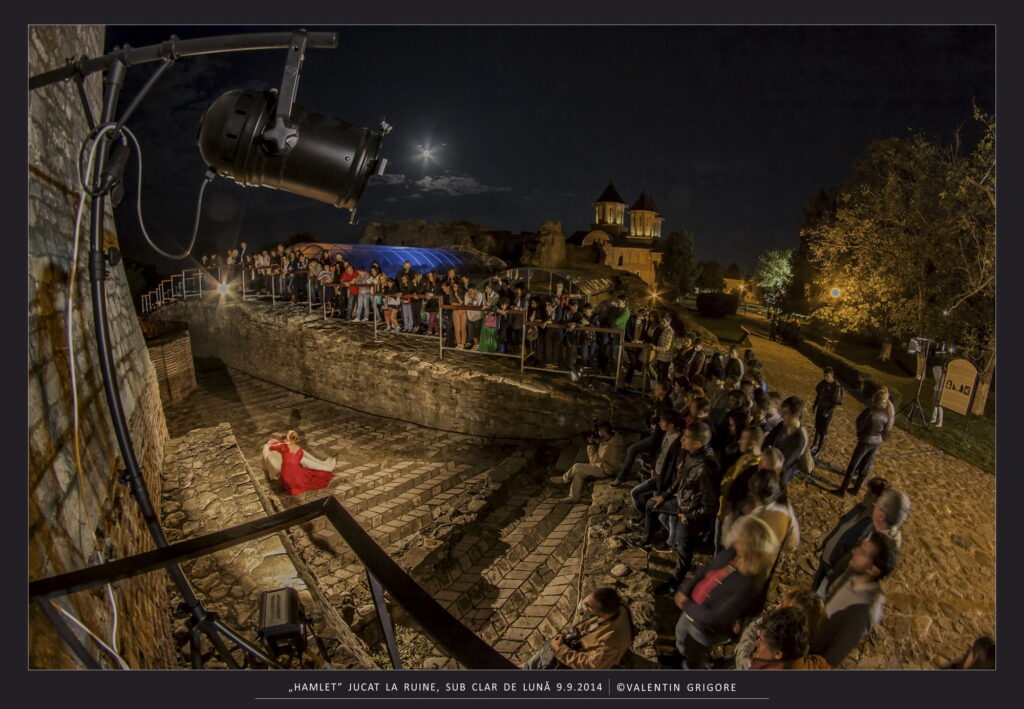 Names like Ienachita Vacarescu, Elena Vacarescu, Ioan Heliade Radulescu, Grigore Alexandrescu, Gheorghe Petrascu, and their contemporary inheritors have played a crucial role in Romanian modern art and culture. Visit Gheorghe Petrascu’s fascinating workshop, which is located close to the historic “St. Francis” Catholic Church and its attractive 18th century Parish House. Explore the Art Museum, which is housed in a stunning early twentieth-century edifice, for an overview of outstanding Targoviste and national artists’ creations. The amazing art collection of Vasile Blendea, a plurivalent artist from the inner circles of the great Romanian historian Nicolae Iorga, is housed in a Kule-inspired composite building from the same century, located in front of the ancient Hebrew Synagogue. On your way to the highland splendors, stop at “The Gabriel Popescu Atelier House” to learn about Romanian engraving history and explore the beautiful countryside workshop designed by French architect Alexandru Clavel. Drop at the renowned Brancovan Palace in Potlogi on your way to Bucharest to see the beauty of the “Golden Prince” Constantin Brancovan’s architectural masterpiece.

Apart from the university sport amenities that you will find appealing, Targoviste provides you several opportunities to participate in sports. Basketball, handball, football, and other sports teams are very popular in the city and cooperate with the university. Practice your sport at the brand new Târgovişte Swimming Tourist Complex, which has state-of-the-art swimming, tennis, basketball, and football facilities. A virtual tour provides an overview of the complete range of recreational opportunities available.